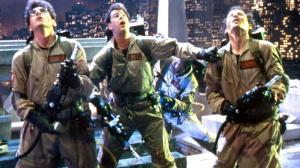 Is it just me or is Luke getting weird? This story is loaded with some good stuff and a whole lot of weird stuff. First of all the good stuff: “The harvest is plentiful but the laborers are few” is a nice concise way of saying, “friends, we’ve got work to do”. That verse (mostly in its Matthew version) was the key verse used to manipulate me into all kinds of weird evangelical behavior in my past, but I do like the “we’ve got work to do” sentiment in it. We don’t want to throw the baby out with the bath water here. There is work to do. If we Christians are who we say we are, then there should be good news to share. Good news. Also, if you take this verse into its Matthew context it is surrounded by things like “curing diseases” and “having compassion” on the hurting. That’s what it means to bring in the harvest.

From my own experience I cannot deny the realities of a spiritual realm, nor can I confirm it at certain levels. First of all, if we believe in God- that is, a creator, an incarnated Christ, and the presence of the Spirit among us- then we believe in a spiritual realm. So if we believe in that, then a belief in some kind of opposing “spiritual forces of wickedness” (the language in our United Methodist membership vows) is not so outlandish. Furthermore, just as I have experienced what I believe to be the presence of a holy God in my life, I feel I’ve experienced the presence of something opposing God’s goodness in my life. I am not willing to completely dismiss the idea of “spiritual forces of wickedness”, but I am also not willing to give that idea so much power in my life and context that I am labeling something demonic that may not be. I am not willing to put a demon label on someone whose views are profoundly different than mine, I am not willing to put a demon label on certain activities, and I am not willing to be a demon label on a person who may simply need some good holistic psychiatric care (part of the reason what the scriptures have to say on this issue is difficult- we know more about the brain today, and what many of these demon possessed people in the gospels experience very well may simply be schizophrenia or some form of mental illness that we can now treat with greater success than crucifixes, wooden stakes, and hocus-pocus language). I want to be very careful and discriminating with that kind of label, because, as I’ve said, there is a lot we simply do not know.

All that being said, here’s what I think is happening in Luke. Luke makes it clear that there is something bigger going on around us than what we see, touch, hear, and smell. There is a high spirituality in Luke and great mystery. Maybe the scholars would say I’m wrong, but it seems to me that the Gospel of Luke is the Gospel for the spiritual mystic. So as we read, don’t get too hung up on strange passages like this one the are loaded with talk of demons and other such things. Think about those things, wonder about them, and talk about them, but keep in mind that what we’re really talking about is that “something more to this world”. Be ok with not knowing, be ok with resting in mystery, and be ok with spiritual wondering. So far that’s what Luke is doing for me, more so than Matthew, Mark and John.

We’re almost half way there. Hang on!